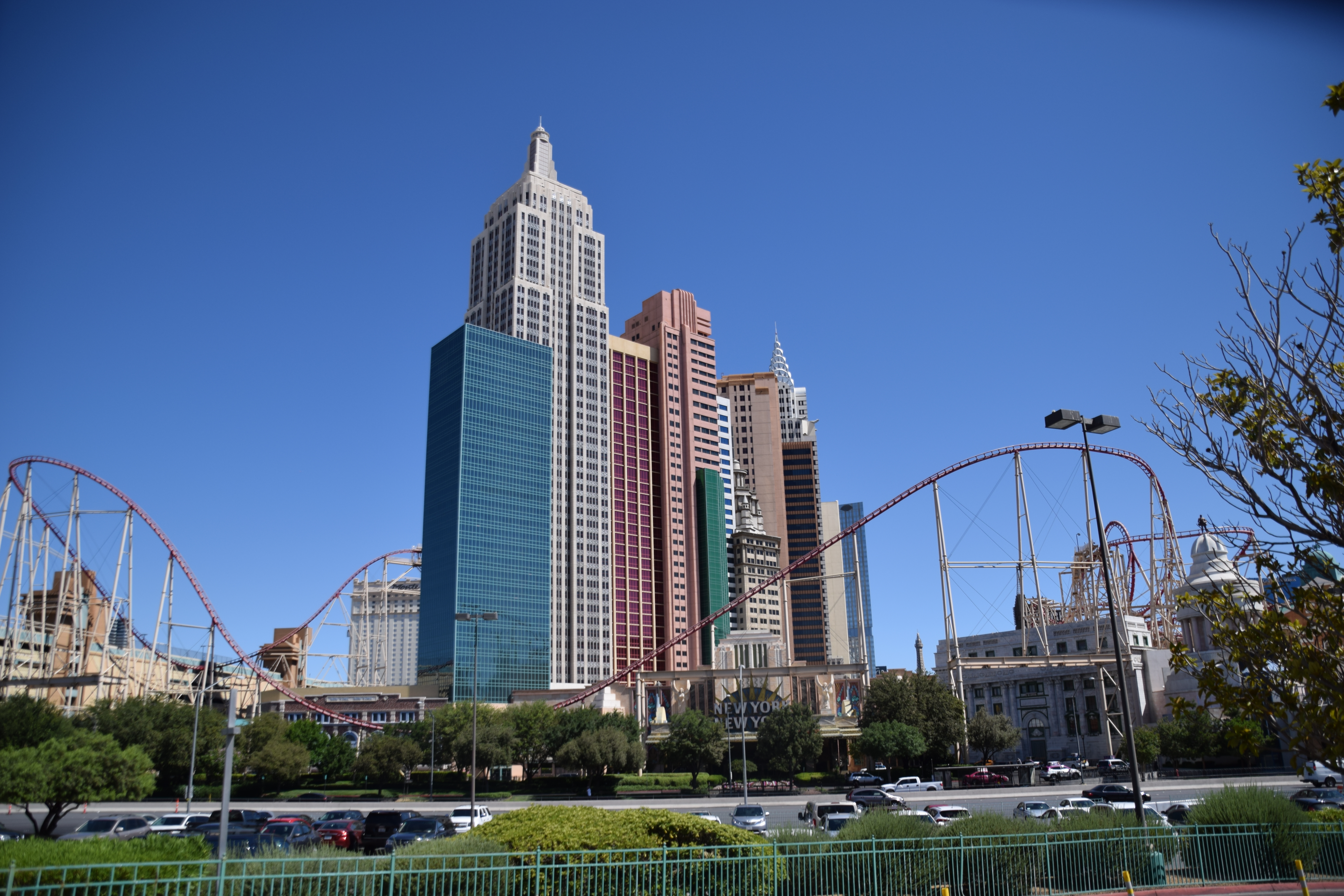 Getting the stag dress as Pikachu for the journey, had a bit of a party on the plane to pass the time, before having to run for the connection as we landed late and lost some luggage, only just making the connecting flight, this was good fun once everyone was on the plane. The only other option would have been a 3-hour rental car, which may have been an issue after all the beers consumed. Getting into Vegas at night was fantastic all lit up and massive buildings everywhere. We stayed at the Luxor whilst we were in Vegas a pyramid themed hotel where the lifts in the building went up diagonally.

Walking along the strip and checking out all the buildings from the outside MGM Grand, Luxor, NewYork NewYork, Excalibur, Mandalay Bay and loads of other sites most in the photos at the bottom of this post. Breakfast at the hard-rock with live music and a view over Vegas. Then we went for a walk through the casinos taking in all the different themes and then watching the Bellagio fountains.

Got the stag dressed up as Superman for the Fremont Street zip line, this street is fantastic with a massive led screen and various live music everywhere.

Just hanging out by the pool today, as it was ridiculously hot at 40 degrees. Starting off the drinking at top golf which was on route to the duelling piano bar. This bar started with karaoke and then the two pianists would play any song you requested.

This night turned out to be the wildest night we all put on our hats and Elvis glasses and got absolutely bladdered. We managed to convince one of the pianists to play suspicious minds and got all 10 Elvises up and singing it. I can’t remember much happening after this so I will end this night here.

Had the Hoover Dam and The Grand Canyon helicopter tour today this was pretty amazing and you really need to go to understand the size of them. Then spent some time learning to play craps with the help of google and watching people play. Then a few test games and we had the basics.

After learning Craps we decided to play a few games before we had to leave. I preferred craps over the other table games maybe because it was new or maybe because everyone seems to win or lose together, which made for a good atmosphere.