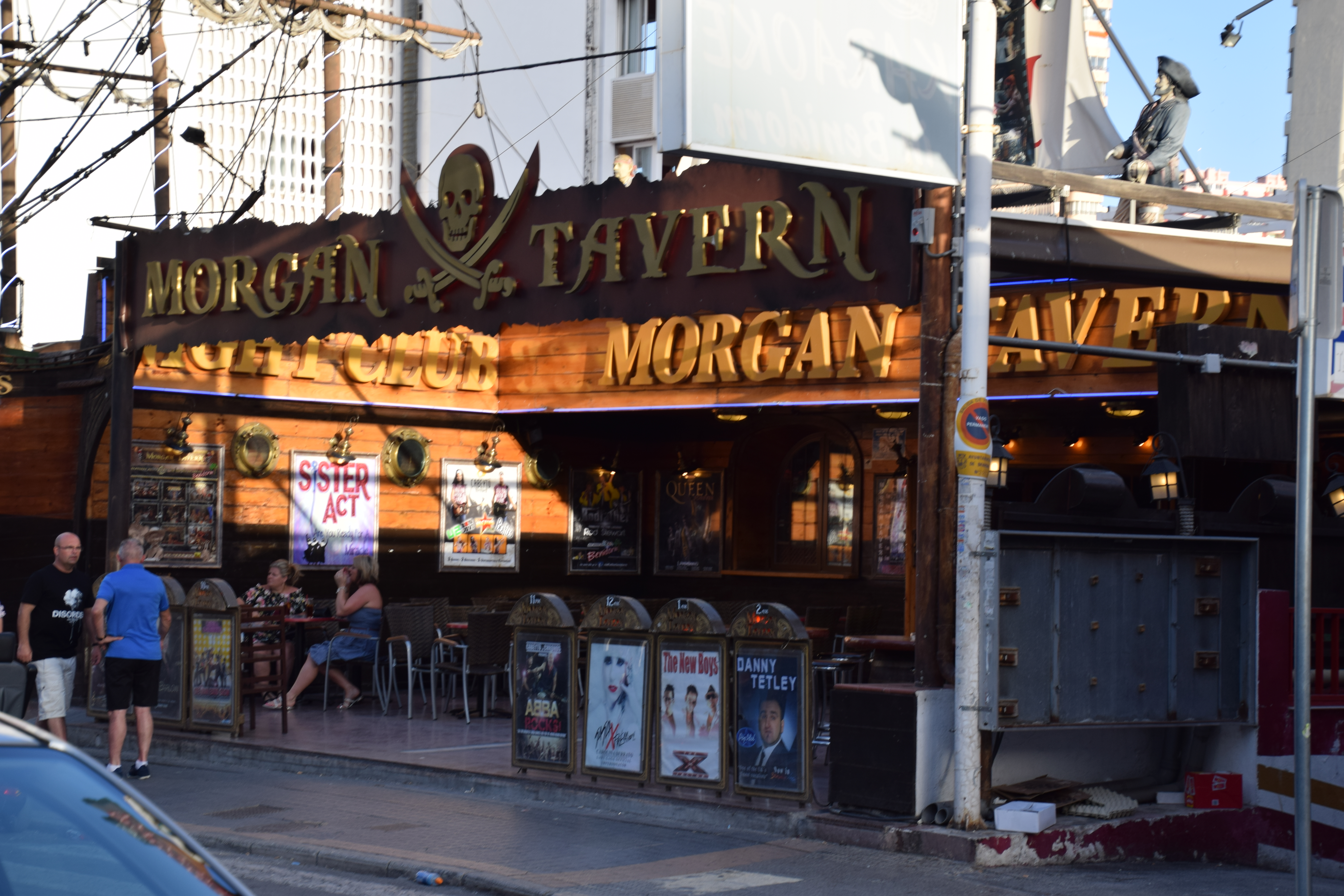 Such an amazing place, its like Disney land for adults.

Day 1
Drinking by the pool at the Sol Pelicanos one of the filming location for the TV show Benidorm. Then out to the flash tavern which is nice starter bar outside at the very start of the strip, John and Josephs for dinner where burger and chips is 5 euros and all drinks are 1 euro including pints. Neptune’s/Morgans Tavern which is also from the show, its a cheese club place, after that western which is a western themed bar, then some karaoke cant remember the name of this place, last of all sopranos a kinda bar/club with a outdoor area. Then got lost walking about early in the morning had to use some google maps which wasn’t working for me in my current state so managed to find a cab.

Day 2
This was colors fancy dress day everyone had a colour to wear from a camo onesie to a full red suit.  Then western, more karaoke, got lost from group but at knew how to get home this time and with some kebabs.

Day 3
First letter of your name fancy dress so I was a surgeon which allowed me to take some liberties. I would advise the outfit choice for anyone up for a laugh then the same old warm up places western, karaoke, then a new one called club Benidorm the most club like place so far.

Day 4
This was a good night one of the best nights, same starters and then Beach combers which was a nice change as it was a different pace of music more dance and more bass.

Day 5
Casual day as everyone else headed home so had some food on the beach and only a few beers that night.

Day 6
Traveling home after having a walk around the island and getting some more scenic pictures.

All in all would recommend Benidorm to anyone that wanted a club and party place.