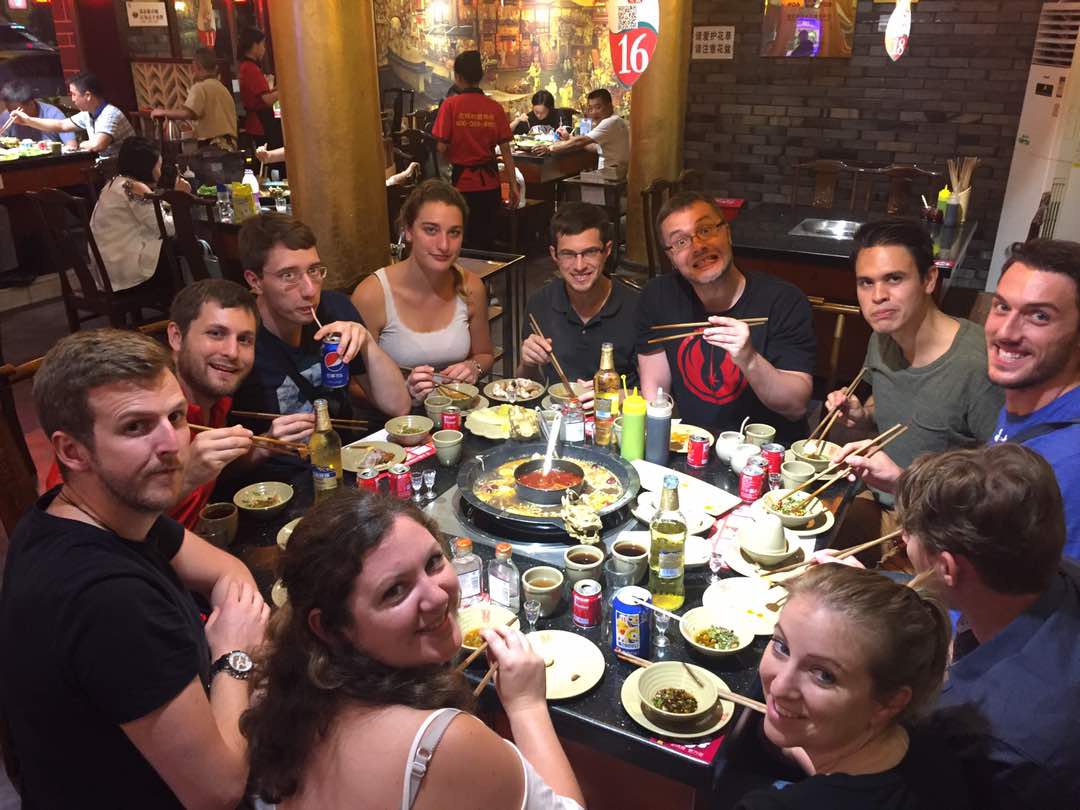 A few of us found a Chinese brewery called wild west brewery and sampled the local beer, found a really good one called China White which has peppercorn, coriander and orange peel sounds strange but was really tasty. Would recommend this to everyone.

The whole group went out for the Hotpot which is a massive soup one with no chillies and one with a few. You boiled the meat your self

Chengdu was full of things to do we went and see the Panda’s which was so cool. Some of them eating. Some of them playing and of course, they had the baby’s as well.

Then off to see a massive Buddha via boat, this thing was ridiculously big and carved into the side of the rock.