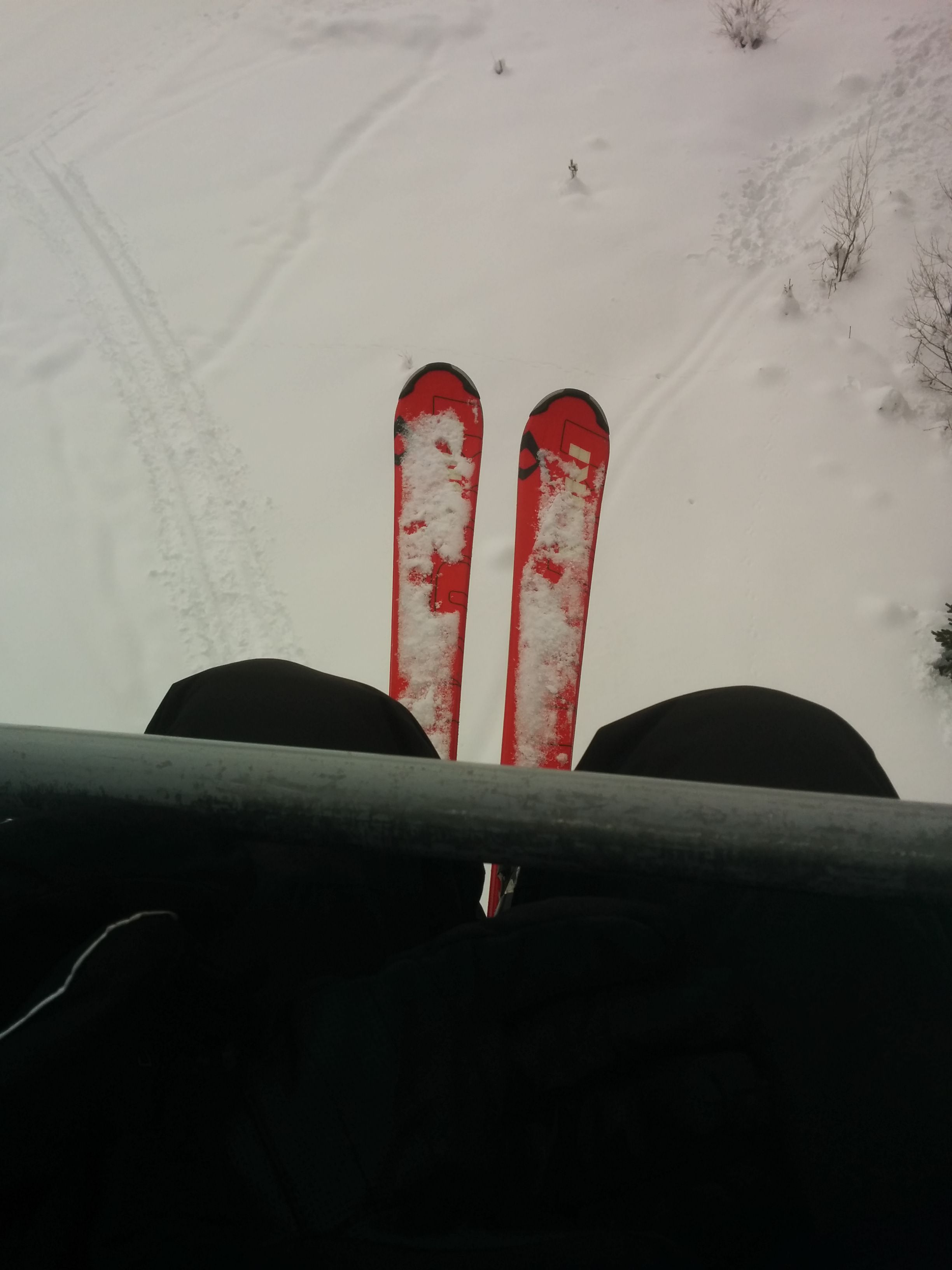 I ended up booking everything individually as it worked out a lot cheaper. I also went with a random holiday company couldn’t find any any reviews for them or any sites saying it was a scam. Managed to find it on the travel agents database so thought I would risk it and it ended up paying off. I did have to pay an extra 3% PayPal payment tax but was still really cheap though.

I got the ski hire and Hotel via these ^^ guys.

Sky Scanner: I managed to fit everything into hand luggage this is well worth it as it saved me about (£40)

Three mobile: Feel at home works really well if your currently on Three.

Money: You can spend lots or little out here I would suggest changing your money out there I was going to change in Gatwick but they offered me 1.7 I managed to get 2.3 out there in March 2017.

Arrived and managed get in a couple hours skiing on the snow road before the slopes closed.

Happy end looked really lively but was feeling hungry so went to euphoria for some dinner the Spag Bol was very tasty and like most things in the area reasonably priced.

A friend recommended Amegos which was dead at the time I found out later between 6pm – 9pm everything dies down before it picks back up.

Went back to happy end as it was a bit busier found a group playing drinking games and ended up joining them.

Then back to Amegos for a live band this place packed out quickly from here till it was completely full.

It was the groups last night so  they finished up at a reasonable time I thought this was a good idea as I could get up early for some skiing went back to the hotel I was staying in the Jik family hotel decided I needed some bottle water so nipped to a nearby bar with locals got some water and a pint. Ended up having rounds of bulgrian whisky till the early hours.

Second day was a little quieter I went to the spa sat in the Jacuzzi chilled a bit, read some of my book i’m currently finishing off the wool trilogy, spent some time in the stream room before going for dinner. Had dinner in the hotel went for the local dish in the hotel which was mixed sach (Beef, Chicken, Veg and potatoes) I’m pretty sure it was for 2 people as struggled to finish it.

Third and last day got to the slopes as soon as they opened and got a full day of it kept increasing my speed until to over did it and managed to crash at over 40mph slowed it right down after that and kept it reasonable. Met a few people on the slopes but either they were to quick or to slow.

Ended up doing a mini bar crawl and meeting a few people.

The only negative point was the Hotel room was really hot it was nice when I left the window open though.

Although I did take my SLR I wasn’t confident enough in my ability to Ski with it so in the end all the pictures were took with my phone.